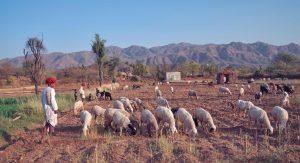 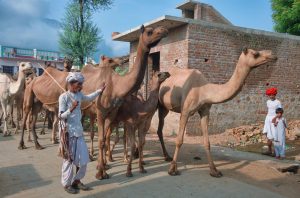 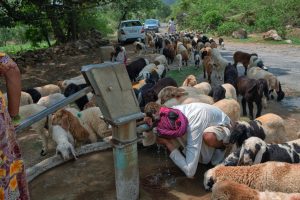 Raika Pastoralists of Rajasthan: A Culture of Resilience and Wisdom

Raikas are an indigenous community of India. They are semi-nomadic pastoralists and hail from the colourful state of Rajasthan in India. Central to Raikas’ way of life is the belief that they were created by Lord Shiva, one of the Gods of Hindu pantheon, to be guardians to the camels. They treat their camel-herds as an extension of their own family.

I have observed and interacted with Raikas for over a decade from my visits at the annual ‘Camel Fair’ in Pushkar. It’s a fair where camels have traditionally been traded. From 2014 onwards, I started witnessing an alarming decline in the number of camels at the fair- one of those things which doesn’t easily escape the eyes of image-makers. After seeing the dismal presence of camels at the fair in 2018, I decided to take it up as a long-term project. It’s a project where I am traveling and connecting with Raikas in Godwar.

‘Godwar’, in southwest Rajasthan, is a hilly area in Aravalli range, the oldest mountain-range in India . It’s a historical geographic entity that most of the Raikas call home. For centuries, a sizeable population of the community has practiced transhumance whereby they migrate over long distances with their families and livestock during summers and winters. Traditionally their livestock (camel herds in particular) have been welcomed and even paid to browse and graze in fallow fields. The livestock provides valuable manure to land in arid areas where conventional cultivation is heavily dependent on irrigation and chemical fertilisers are just not tenable. It also ensures the dispersal of seeds of native flora over a large area. Otherwise the camels and livestock mainly browse on rangelands and village commons which ironically were categorised as ‘wastelands’ during the British rule in India as they could not support monocultures and plantations.

In that sense Raikas have raised a valuable bio-cultural heritage by converting ‘waste’ to worth without dissipating water or fossil-fuels. This is in line with the universal heritage of pastoralists – resilience and ecological wisdom in some of the most demanding areas on the planet. Paradoxically pastoralists get a bad rap from most of the environmental scientists and lawmakers who conventionally and conveniently associate them with overgrazing and all the other problems that afflict our land resources. The fact remains that nomadic pastoralism as practised by Raikas evolved as a coping mechanism to the uncertainty of essential resources and extreme temperatures in the state of Rajasthan.

My endeavour has been to visually document the challenges that Raikas navigate as their culture, lifestyle, and wisdom loses out to an increasingly urban India. We are a country that largely looks down at nomadic herding as an atavistic way of life. In fact, rural India and communities calling it home have no fair representation in mainstream media. In that direction, I am also leveraging social media to garner support for initiatives that provide succour to Raikas in any way, such as donations for livestock vaccination camps and more. 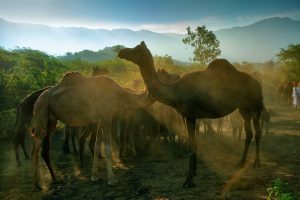 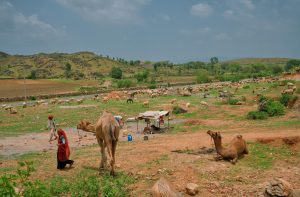 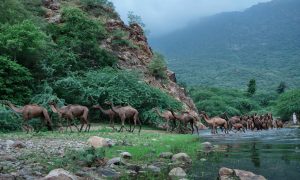 Sundeep Bali is a lens-based artist and photographer in New Delhi, India. Trained to be a heritage management professional, Bali was accorded a US Fulbright Fellowship in Visual Arts. He is also a Global Lens Ambassador for Carl Zeiss and Fujifilm. As an artist, he as been documenting the myriad manifestations of intangible cultural heritage of India as the country undergoes transformation at a rapid pace.